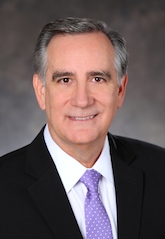 The firm’s Oscar R. Rivera contributed a guest column that appeared in today’s edition of the Daily Business Review, South Florida’s only business daily and official court newspaper, about the recent decision by the First District Court of Appeal in the case of Thomas I. Bowman v. Jon Michael Barker et al. His article reads:

. . . Bowman purchased a home from Barker that was later discovered to have numerous defects. He filed a lawsuit alleging that Barker failed to disclose known defects in the house contrary to his duty under the law and fraudulently misrepresented the condition of the house. The suit also included other defendants and claimed that they contributed to the problems and caused damages related to their roles in repairing, remodeling, inspecting and selling the house.

The defendants denied being aware of any defects in the property at the time of the sale and moved for summary judgment, which was granted by the circuit court.

In reversing the lower court’s decision to issue a summary judgment for the defendants, the First District Court of Appeal found that the home buyer had demonstrated the existence of facts and inferences that should have allowed the case to go to trial.

These included evidence that the home sellers were experienced real estate investors in other house-flipping projects, and they had knowledge of the extremely poor initial condition of the house. In fact, they admitted that it was in such bad condition that they were able to buy it for little more than the value of the land.

The defendants also admitted to knowing about the need for substantial repairs that included structural damage and a failing foundation, which was later estimated at more than $50,000 to repair, and about the existence of prior additions and unpermitted work.

The appellate panel found that this evidence raised questions of fact about the home sellers’ knowledge and also undermined their credibility and the plausibility of their denying knowledge of the defects and the necessary repairs.

The home sellers testified that the repairs had been completed prior to closing, but the appellate court found that there was evidence indicating that the main defendant had admitted to making several false representations on the property disclosure form, which he said was due to pressure from his Realtor and his dislike for completing those forms. The opinion also found that there were conflicting accounts of what representations he made about whether the repairs had been completed.

The evidence also revealed that the remodeling contractor has a different view of the instructions given and the scope of work. The company’s representative claimed that he and his business partner were never made aware of any structural issues, nor were they asked to repair them.

The court also ruled that the fact that the house was sold as is did not make summary judgment appropriate as the duty to disclose known defects continues to exist for a home sold as is. The opinion found:

Our firm congratulates Oscar for sharing his thoughts on this ruling and its positive implications for home buyers in Florida with the readers of the Daily Business Review. Click here to read the complete article in the newspaper’s website (registration required).