The creation of a viable tenant mix is a critical component for practically every shopping center, so retail leases often have a defined “use” clause that limits a tenant’s use of the premises.  In certain cases, they also contain “exclusives” giving one tenant the exclusive right to their particular use or to sell certain items, and prohibiting all other tenants from that use or from selling those items in the center.

These “exclusive use clauses” many times have carve-outs to allow another tenant to sell some of the product lines covered by the competitor’s exclusive.  This is very common in restaurant exclusive use clauses where, for example, a steakhouse might have an exclusive on “steakhouses” in the center, but its lease contains a carve-out allowing other restaurants to have a steak plate on their menu.  The idea here is that most people who want to have steak are going to go to the steakhouse as opposed to the Italian restaurant at the same center that happens to have one steak item on its menu of pastas, pizzas and salads. 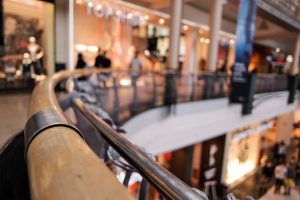 The remedies for violations of exclusives are generally rather severe.  The tenant whose exclusive is being violated may sue or pay a reduced rent, and oftentimes they will resort to cancelling their lease and vacating the space.  As a result, these clauses are always heavily negotiated and must be carefully drafted.

Some carve-out clauses are structured as a percentage of sales. In the example above, it would read something along the lines of “[NAME] Italian restaurant shall be allowed to sell steaks, so long as its gross sales of steaks do not exceed 10 percent of its total gross sales.”  This type of clause can be extrapolated to any type of use, such as a coffeehouse exclusive that allows others to have no more than 10 percent gross sales from coffee or the dental office exclusive that allows an orthodontist to have no more than 10 percent of its gross sales from dental services unrelated to orthodontics.

These types of “percentage of sales” carve-outs are highly discouraged.  They lead to a series of enforceability problems, and by the time the excess sales are discovered they have already taken place.  At that point, both the tenant that exceeded the sales threshold is in default under its lease and the landlord is also in default with the tenant that has the exclusive.

Additionally, this method requires that tenants report sales on a constant basis, with product-line item specificity, and smaller retailers may not have the capability to generate such reports.  For those that do provide detailed sales reports, if they issue them on a monthly basis and the sales threshold was exceeded during the latest month, what does the tenant do?  As in our example above, do they take steaks off their menu until their volume of sales drops below the threshold again? Is the limitation measured in gross sales annually, monthly or daily?

Obviously, the percentage of sales limitation creates problems that are not often thought through by the parties drafting a lease.  Our firm’s real estate attorneys have been drafting retail leases for more than 40 years, and we provide our clients with more effective and practical alternatives to the enforceability of use and exclusive clauses.