A Florida court recently reminded developers that even if they reserve rights to amend a declaration, they must exercise these rights in a reasonable manner or reserve rights with specificity in the original document. In Flescher v. Oak Run Associates, Ltd., Case Nos. 5D12-2575 & 5D12-3254, the Fifth District Court of Appeal noted the limitations on these rights of the developer. In that case, the developer had recorded declarations of covenants in multiple single-family home neighborhoods, each declaration following a similar form. The original declarations provided that the developer, as the declarant, would use assessments collected from homeowners for various expenses, including landscaping, utilities, garbage collection and various other items.

The developer, which had the right to amend each declaration in its sole and absolute discretion, later amended all of the declarations to remove the text that required assessments to be used for these specific expenses. The amendment did not preclude the developer from using assessments for those costs, but under the terms of the amendment such use would no longer be a requirement. As a result of this and other changes made to the declarations, some of the homeowners sued. They obtained mixed results in the lower court. 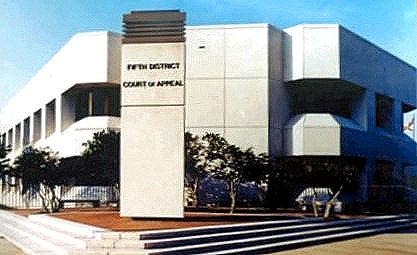 The appellate court found that although the developer had the right to amend the declarations, the amendments had to be reasonable and could not change the general plan under which the community operated. The exception to this rule would be if the original declarations had warned homeowners that the burdens on the community could be changed by unilateral amendment by the developer.

The court found that the removal of the obligation to use assessments for the items mentioned above effectively moved the burden from the developer to the homeowners. Although the amendments did not specifically provide as such, the amendments allowed the developer to continue to collect assessments in the same manner, eliminated its obligation to pay for these expenses, and allowed it to keep any funds remaining after payment of expenses which remained developer obligations. The court found the shift in responsibility to be an unreasonable use of the developer’s right to amend the declarations.

This decision is not yet final, so it will be interesting to see if there are any further developments in this case. In any event, it is an important reminder to developers that even with a right to amend their documents, they must act in a reasonable manner. If a developer desires to retain a specific right to change a term in a declaration, that right should be specifically addressed in the original document so that purchasers are on notice that the term is subject to change. Without such specificity, changes will not be permitted if they change the character of the development or the burdens on the homeowners.

Our other real estate attorneys and I will continue to monitor and write about this case and other important legal and business issues for the Florida real estate industry in this blog. We encourage industry followers to submit their email address in the subscription box at the top right of the blog in order to automatically receive all of our future articles.