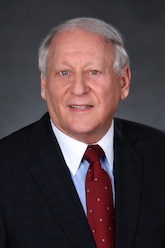 Firm shareholder Michael L. Hyman was quoted in an article that appeared on Thursday, June 12, 2014, in The Real Deal (www.therealdeal.com) about the latest court decision in the dispute between two homeowners associations and developer of the Privé condominium towers in Aventura. The decision in Miami-Dade Circuit Court granted a request by the homeowners associations to abate the case until issues raised by the City of Aventura are resolved, effectively delaying for 90 days the hearing that will decide whether the lawsuits filed by the associations to block the development can move forward.

Hyman represents the Williams Island Property Owners Association, and he successfully demonstrated to the court that the case should not proceed as the City of Aventura had not yet approved a building permit for a sidewalk on an adjacent south island – which is a requirement for the issuance of a building permit pursuant to a variance issued by the city when the first island was developed with single family homes. Judge Jerald Bagley granted Hyman’s motion and ordered the case stay for 90 days, after which both sides must report back to the court on the status of the sidewalk permit.

Hyman explains in the article that the association’s motion “was based upon the fact that if the city would not issue the sidewalk permit, the matter could be resolved without the necessity of Williams Island proceeding forward with its lawsuit.” He noted that the stay would be lifted if the city issues the permit within the 90-day period.

Click here to read the complete article from The Real Deal. 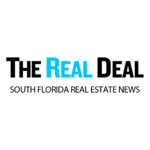