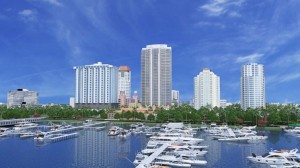 Prior to this bill becoming law, Florida counties and cities could raise impact fees as much as they wanted. But as of June 4, 2021, jurisdictions can only increase impact fees once every four years in the following manner: Increases between 25 to 50 percent must be spread over four years, while smaller increases would be implemented in two equal installments. A local government interested in surpassing the 50 percent cap would be required to perform a study demonstrating why the increase is justified, host two workshops dedicated to the extraordinary circumstances necessitating the need, and secure the approval of at least two-thirds in a vote of the governing body for the increase.

Opponents of the bill believe that this new law will cause an increase in housing prices in an already burgeoning market that will only burden future homebuyers and inevitably lead to increases in property taxes and declining roads/infrastructure. Others who support the bill argue that it will increase existing home values while promoting growth because it will allow builders/developers some predictability when estimating a project’s cost.

Our firm’s other South Florida real estate attorneys and I will continue monitoring any pending legislation that will impact the industry and informing our readers of this blog. We encourage real estate industry members and followers to enter their email address in the subscription box on the right to automatically receive all our future posts.