Have you ever heard of this? If you are familiar with leases in the New York City area, you probably have.  But if you are not, you might be a bit surprised by it.  Like many legal issues that begin in either New York or California, the Good Guy Guaranty is now spreading beyond those borders, and if you are in the business of leasing space, you should become aware of it.

In essence, a Good Guy Guaranty is a pre-negotiated kick-out with the financial backing of a credit-worthy guarantor.  The guaranty is in place while the tenant is in possession, but if the tenant gives the landlord sufficient notice that it intends to vacate the premises and subsequently leaves the premises in good condition and as otherwise required by the lease, the tenant and the guarantor are both released. 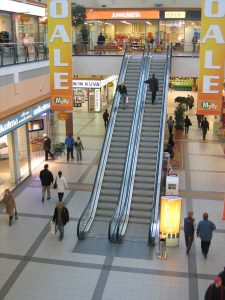 The landlord benefits from it because it has a guarantor that backs the tenant and a tenant that surrenders possession when they vacate, thereby avoiding the need for the landlord to undertake eviction or abandonment litigation. The tenant benefits in that if it gives the landlord advance notice of its intent to vacate (usually anywhere from six to nine months) and is otherwise in compliance with the lease, it can close, be relieved of future liability and not be sued for damages.  And, the guarantor benefits in that if they make sure the tenant complies with the lease, the guarantor is never called upon to pay.

At the end of the day, this pre-negotiated kick-out clause by a tenant avoids the uncertainty of having the tenant go dark in the middle of the night and skip out.  Also, it avoids the landlord going after uncollectible guarantors and throwing out good money after bad.

Often, a Good Guy Guaranty is also tied in with an “additional deposit” placed by the tenant.  This additional sum is returned if the tenant complies with the lease and the long lead-time notice of its intent to vacate, but it is forfeited if the tenant does not and the landlord has to make a claim under the guaranty.  The additional deposit is not considered part of the “security deposit” and is applied to the damages under the guaranty.

It is doubtful that the Good Guy Guaranty will overtake regular guaranties, but they are making their way out of the New York City metro area and you may run across such a request soon.