The recent article from The Miami Herald that also appeared in other Florida newspapers about the plans for the new Brickell City Centre near downtown Miami focused on the developer’s innovative approach to creating an open-air shopping center that will keep visitors cool and comfortable during hot or rainy days. With the help of a Paris design firm and the universities of Carnegie-Mellon in Pittsburgh and Cardiff in the U.K., Swire Properties is creating an undulating canopy comprised of steel, glass and massive fabric-covered louvers that will cover the open concourses of shops, which will extend across four city blocks.

Swire officials also say the ribbon, now being installed at the rapidly rising Brickell City Centre, also makes a big statement about the luxury project’s focus on marrying energy efficiency and environmental sustainability with cool design (pun intended). The entire five-million-square-foot project, which in addition to the shopping center consists of two office towers, a high-rise hotel and two condo towers — one of which was topped off Friday — is designed for LEED certification for neighborhood development, as well as LEED gold for some of the individual towers, an ambitious goal.

Click here to read the complete article about this new retail development (rendering pictured below), which deserves to be applauded for its innovative and eco-friendly approach to creating a comfortable and inviting environment for its future shoppers. 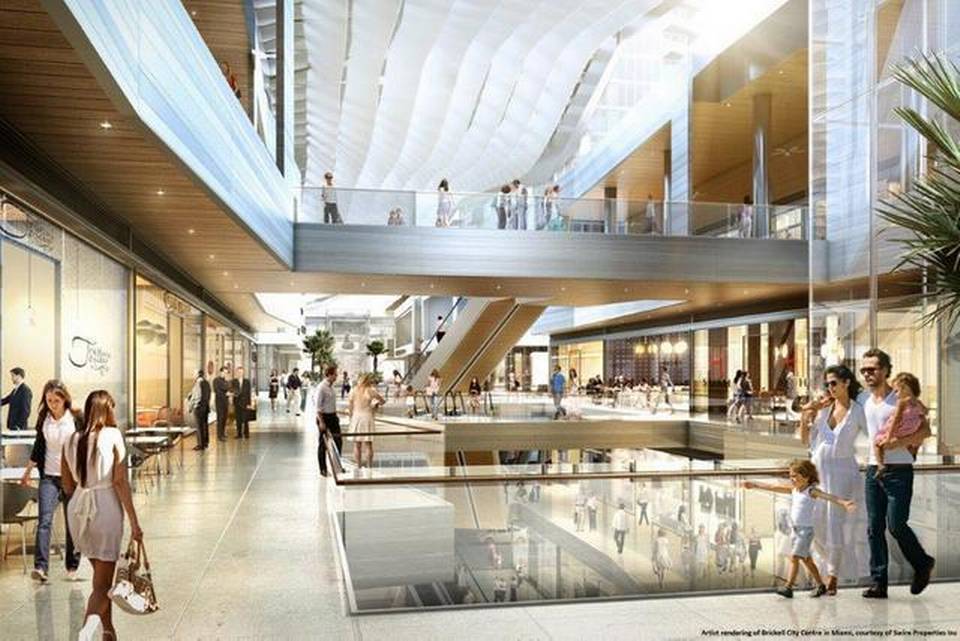