As real estate lawyers, our goals are to negotiate deals in which our clients are reasonably content with the outcomes — no deal is ever completed where one side is ecstatic and the other completely unhappy — and to prepare clear and concise documents that help our clients to avoid litigation. Achieving the first goal is the result of good communication with our clients, which enables us to understand what is of primary importance in their mind with respect to the specific transaction at hand. Achieving the second goal often requires avoiding the pitfall that we have discussed is previous articles: ambiguity in the documents.

A recent New York case illustrates how a lack of clarity in a co-tenancy clause can be devastating to a landlord. In Staples the Off. Superstore E., Inc. v. Flushing Town Ctr. III, L.P., 30 Misc.3d 1239(A), 926 N.Y.S.2d 347 (N.Y.Sup. 2011), the landlord entered into a lease with Staples that provided Staples with certain rights and remedies in the event the co-tenancy requirement was not met. That requirement was based on the landlord leasing a space in the center to “Home Depot (or a national retailer having not less than 100 stores. . .” Instead of Home Depot, the landlord leased the space to BJ’s Wholesale Club. BJ’s operates in 15 states, predominantly in the Northeast but also through the Mid-Atlantic, the Southeast and as far into the Midwest as Ohio. BJ’s operates no stores in the western half of the country.

The landlord argued that BJ’s met the co-tenancy requirement because it is nationally known and maintains a presence in multiple regions of the country. Staples argued that to be considered a national tenant, the tenant must have locations across the country. Because the term “national” was not defined in the lease, the court deferred to the definition of “national” in Black’s Law Dictionary, which it quoted as “nationwide in scope.” The court refused to equate “national” with that of a tenant who was known throughout the country. 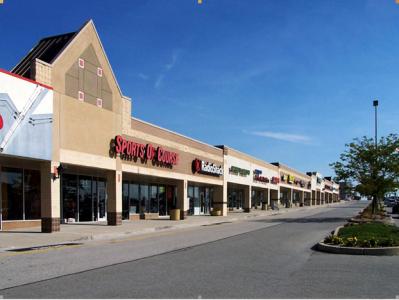 For both landlords and tenants, a co-tenancy requirement can be a major source of concern during the negotiation of a lease. Without the anticipated type of co-tenant also operating in the center, the tenant may believe that it will not be able to generate the level of business necessary to operate at a profit. In that case, satisfying the co-tenancy requirement is not just a perk for the tenant, it is fundamental to its business plan.

For this reason, the lesson to be learned is two-fold. If a business term carries a great risk because it relies on the actions of a third party, both landlord and tenant must weigh that risk against the consequences of the failed condition, including the associated costs. If both sides believe that the risk is one worth taking, then, in the case of co-tenancy, the clause should be drafted with clear definitions so that each side is able to anticipate what substitute tenants may be placed in the space if the originally anticipated party drops out.

If there is a failure of a meeting of the minds as to a replacement tenant, neither party will be ecstatic with the eventual outcome. In fact, if there is one thing of which we can be certain, it is that a lease that ends up in litigation is one with two unhappy parties.