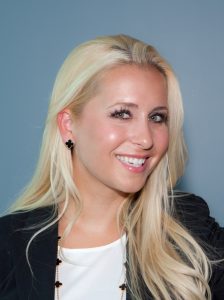 The firm’s Susan C. Odess authored an article that appeared as the featured guest commentary column in today’s edition of the Daily Business Review, South Florida’s exclusive business daily and official court newspaper. The article, which is titled “Court Opens Citizens Property Insurance to Claims for Consequential Damages,” focuses on a recent precedent-setting ruling with a certified question to the Florida Supreme Court by the state’s Fifth District Court of Appeal.  It reads:

. . . The appellate panel overturned the trial court’s decision and remanded the case back to the lower court for hearings on whether the claimant is entitled to consequential damages for lost rental income caused by the insurer’s delays and denials.

The case began with an insurance claim by Manor House with Citizens Property Insurance Corp., which accepted responsibility for the loss and paid $1.93 million. The property owner later reopened the claim seeking $10 million, and the insurer subsequently made additional payments for approximately $345,000. However, Citizens’ adjuster estimated the actual cash value and replacement cost value of the policyholder’s loss to be in the $5.5 to $6.5 million range.

The property owner eventually sued in 2007 seeking prompt payment of the allegedly undisputed amount of $6.4 million and asking the court to compel Citizens to engage in the appraisal procedures called for under the policy.

After the trial court directed the parties to go forward with the appraisal process, Citizens paid an additional $5.5 million to Manor House, which still moved forward with its litigation against the carrier for breach of contract and fraud. The property owner alleged Citizens failed to properly adjust the loss, pay the undisputed amount after estimates, honor the demand for appraisal, provide documents needed to adjust the loss, and timely pay the appraisal award. Manor House also sought to recover damages related to rental income that it allegedly lost due to the delay in repairing the apartment buildings caused by the carrier’s alleged procrastination.

The court granted Citizens’ motion for partial summary judgment to prevent Manor House from pursuing extra-contractual consequential damages, and it also granted the insurer’s motion for judgment on the pleadings on Manor House’s claim for fraud.

In the subsequent appeal, the Fifth DCA considered the trial court’s partial summary judgment in favor of Citizens on the breach of contract claim for lost rental income, which it noted was based on an accurate reading of the insurance policy. However, the appellate panel’s unanimous opinion concludes that the lower court’s ruling ignores the more general proposition that “the injured party in a breach of contract action is entitled to recover monetary damages that will put it in the same position it would have been had the other party not breached the contract.”

The panel cites a 1982 Florida appellate court ruling and concludes that when an insurer breaches an insurance contract, the insured “is entitled to recover more than the pecuniary loss involved in the balance of the payments due under the policy” in consequential damages, provided the damages “were in contemplation of the parties at the inception of the contract.” It also cites a federal court ruling from 1985 noting that Florida courts “allow recovery of [consequential] damages if they were in the contemplation of the parties at the time of the creation of the insurance contract,” and another ruling from the same court holding that “if a party can prove loss of profits [from breach of an insurance contract] with reasonable certainty, then damages will be awarded.”

The Fifth DCA found these federal cases to be “well-reasoned” and “consistent with this court’s opinion in Travelers Insurance v. Wells, which held that in a claim for breach of an insurance contract, ‘consequential or resulting collateral damage may … be recovered if it can be sufficiently proved.’”

The appellate panel concluded that the trial court’s summary judgment denied Manor House the opportunity to prove whether the parties contemplated consequential damages in the form of lost rental income if Citizens breached its contractual duties to timely adjust and pay covered damages. Because the apartment building owner alleges the significant delay in completing repairs caused by the insurer’s procrastination prevented its units from being rented, the court reversed the summary judgment so that the parties may litigate all issues related to the claim of lost rent.

Importantly, the opinion also notes that while Citizens is immune from bad faith claims because it is a creature of statute, the consequential damages sought in this case are based squarely on breach of contract claims, which require no allegation or proof that the insurer acted in bad faith.

There is no doubt that this ruling has dealt a rare and significant judicial blow to Citizens. It opens the door to breach of contract claims for consequential damages, which include not only lost rent but also lost use, profits and business interruption.

Unsurprisingly, the insurer went on to immediately file several motions with the Fifth DCA seeking a rehearing and a certified question to the Florida Supreme Court. The court denied its motions for rehearing but agreed to certify the following question as one of great public importance to the state’s highest court:

“In a first-party breach of insurance contract action brought by an insured against its insurer, not involving suit under Section 624.155, Florida Statutes, does Florida allow the insured to recover extra-contractual, consequential damages?”. . .

The article concludes by noting that it would not be surprising to see the Florida Supreme Court take up the certified question, and insurance attorneys across the state will be citing this ruling in claims for consequential damages against Citizens. Our firm salutes Susan for sharing her insights on the ramifications of this important ruling with the readers of the Daily Business Review. Click here to read the complete article in the newspaper’s website (registration required).