Co-tenancy clauses allow key retail tenants a reduction in rent if other key tenants or a certain number of other tenants leave a center.  While not common for smaller retailers, they are more common for anchor tenants.  Anchor stores and other key tenants draw significant traffic to centers, and they are often among the primary reasons other tenants select their location.

With all of the challenges plaguing some retailers, including store closings by such major national retailers as Macy’s, K-Mart, Sears, Sports Authority, Kohls and Toys-R-Us, landlords could face significant losses when their remaining tenants demand rent reductions based on their co-tenancy clauses. 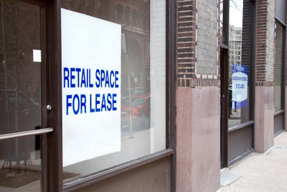 Typical ongoing co-tenancy clause requirements state that if one or more specified co-tenants are no longer open and operating, the landlord has a set timeframe (typically 90 to 180 days) during which it must secure one or more comparable replacement tenants.  If it fails to do so, the remaining tenants with ongoing co-tenancy clauses will pay alternate rent amounts until replacement tenants are operating.  Ultimately, if no replacements are found for periods typically ranging from 12 to 18 months, the remaining tenants may have the right to terminate their leases.