Jeff Vinik, owner of the Tampa Bay Lightning, has plans to turn vacant land and other underused property across a portion of downtown Tampa into a thriving urban core. An entity controlled by Vinik has purchased various sites surrounding the Amalie Arena, home to the Lightning, with a goal of adding hotel, office, residential and retail space to the area as well as a new medical school for the University of South Florida. The project, which could exceed the billion-dollar mark, would progress over the next five to ten years.

Click here to read an article and watch a video on Vinik’s plans from the Tampa Bay Times. Below is an artist’s rendering of a part of the planned development. 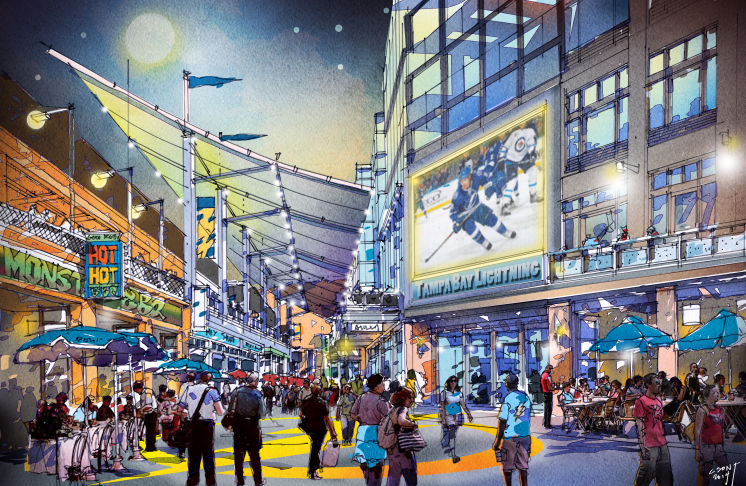